Get the latest from Eastern Standard
Home/Blog/To Manage Agency Life, Work Like a Chef

Before I was a producer and living the agency life, I worked my way through a few restaurant kitchens, and I now find myself relying on the skills I picked up along the way on a daily, if not hourly, basis.

Cooking is a job that is well-known for being intense — requiring long hours under near-constant pressure — but one that mixes self-reliance with strong professional connections in a relatively flat hierarchy. The skills you glean in managing your own time and setting clear expectations with your peers lend themselves well to the project management role, and to the agency world, as a whole. Both are lean enterprises but can become well-oiled machines, taking raw materials and transforming them into products that are greater than the sum of their parts, building individual skills and team competency along the way. 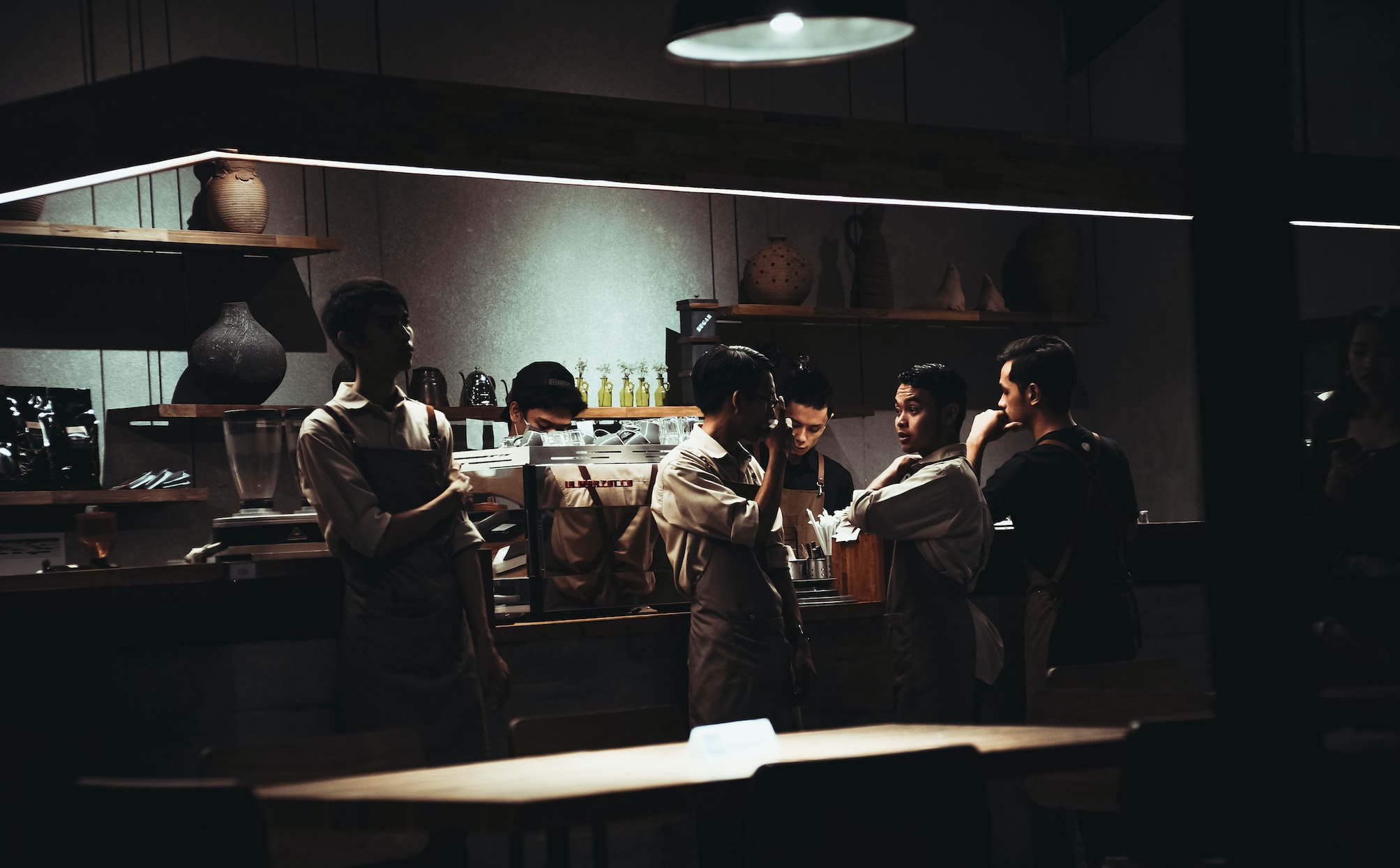 Whether you’re overseeing culinary creations behind a stove or managing a difficult project, read on for lessons from the line for keeping a cool head. 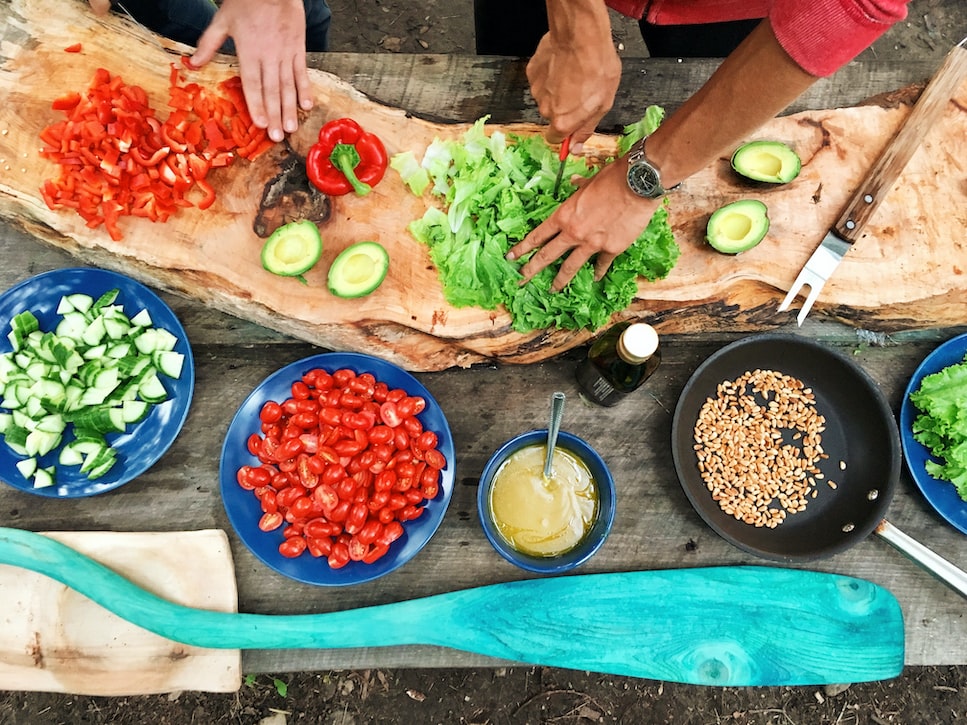 Cooks can be a welcoming bunch, full of passion and wisecracks, but generally speaking, they will defend their mise en place to the death. From the French for “putting in place,” mise refers to the many hours of painstaking prep work that go into arranging a cook’s equipment and ingredients so they’re ready to grab quickly during a busy service. It’s a system that becomes a sensibility, an innate sense of requirements and priorities that any PM can relate to when writing a hotlist or a technical specification document. As one chef writes, “You become one with your list. You and the list are the same, because the list is scorched into your head.”(Source). Having that list and those tools laid out makes the next steps obvious and easy to communicate with your team, whether in a kitchen or in a conference room.

Even with proper planning, however, plates and projects don’t always come together easily. When you’re behind, that mise en place system can fall apart and plunge you into ambiguity about what needs to be done, an anxious state that chefs refer to as being “in the weeds.” In Michael Ruhlman’s book Ruhlman’s Twenty (Chronicle Books, 2011), the author recalls that during the aggressive pace of culinary school, a chef-instructor once saw his student falling behind and pointed to the mess on his station, the spilled sauces and unfinished tasks, and told him, "If they cut you open, this is what your brain would look like."

Without that same consistent structure in the realm of web development, both time and attention get fragmented, and projects suffer as a result. What’s more, the problems compound, as clutter begets more clutter. This relates to the idea of “technical debt,” where shortcuts and quick fixes accrue complexity and require greater effort to clean up later than they would have if done correctly the first time. Every good chef is trained to clean as they go, and the fast pace of web development teaches the same lesson: Take the time to work clean, or you’ll be stuck in the weeds before your project ever sees the light of day

As anyone who has worked in a restaurant or agency knows, working in a vacuum makes projects go down in flames while coming together as a team is what makes the wheels turn. In fact, when any team finds its rhythm, it can be a magical thing. In a kitchen, you feel it more than see it as team members start doing the dance: sensing where someone is without looking, knowing when to step in and lend peers a hand or when to stay out of their way and trust them to do their job well.

The sign of a healthy, respectful kitchen culture can be heard loud and clear. When an order is announced, you’ll hear a chorus of “Yes, chef!” from each station, acknowledging the request, and confirming ownership of that element of a meal. Likewise, before a plate goes out, there is a review: Is it prepared correctly, does it look neat and consistent, was timing coordinated across multiple dishes? As Anthony Bourdain once famously said, “the religion of any successful restaurant is consistency.”

As a PM, it is critical to find that same balance of hands-on support, timely reviews, reliable quality, team empowerment, and project ownership. That balance comes from providing encouragement from all sides as well as valuable real-time feedback that contours to both the needs of the project and the individual: their skills and ideas, the gaps in their knowledge, as well as their aspirations. While constructive feedback and a willingness to maintain an agile process can keep a team from falling behind, it’s praise and appreciation for exemplary execution that bolsters the individual and pushes the group to greatness.

In either a brainstorming session or a busy lunchtime rush, the constant flow of quick interactions and overall cycles of planning and doing can reveal a lot about the individuals who make up your team. Heat, pressure, and the occasional late night spent working can provide a view into someone’s life, and show the importance of seeing the very human side of either industry. In both environments, I’ve learned to respect boundaries, not pry, and listen for those cues about where people are in their lives, in their careers, and in what might be kind of a rough day.

The Customer Is Always Right 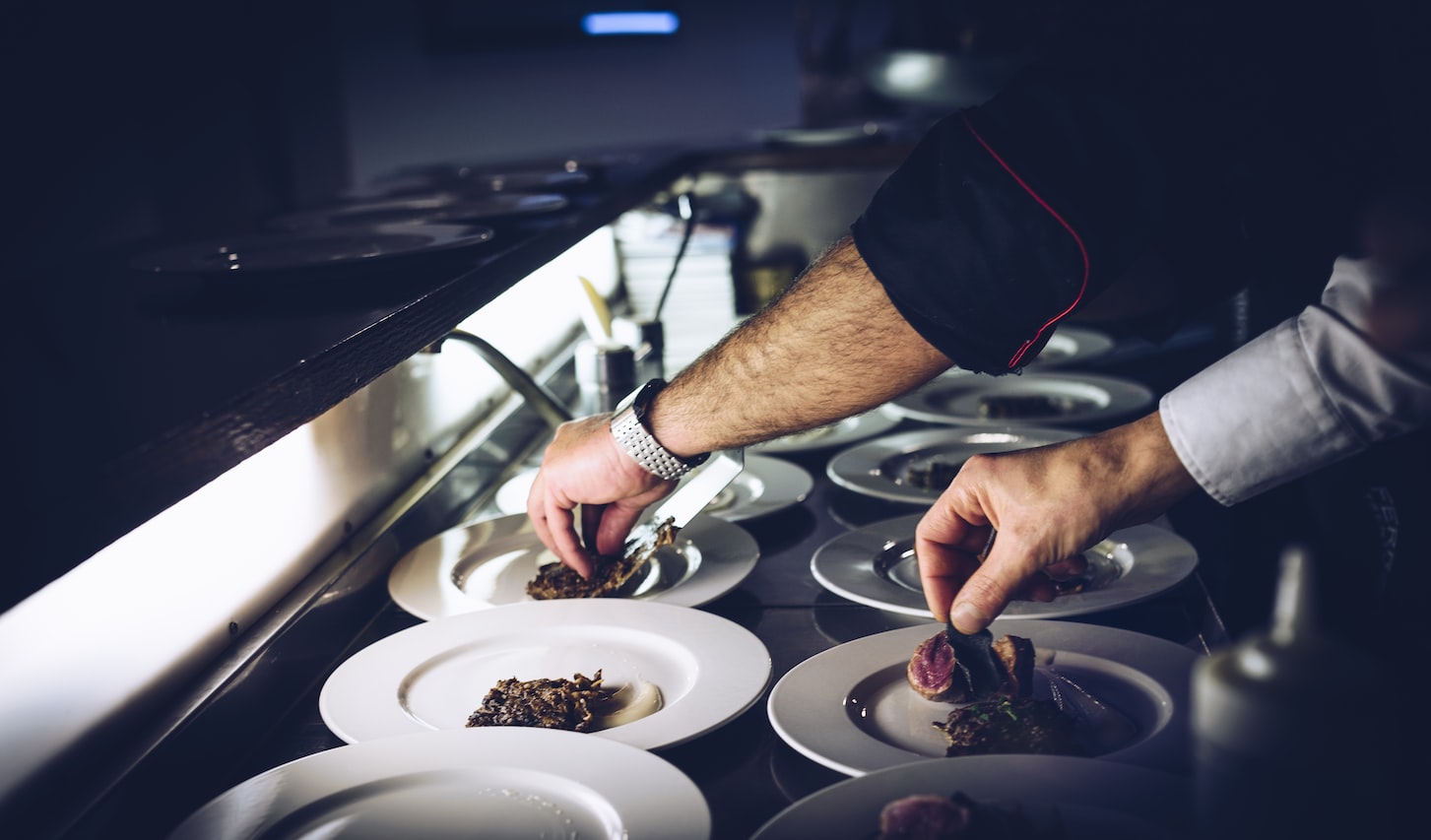 Because restaurants and creative agencies are ultimately both in the service industry, it’s equally important to respect the humanity and unique needs of each customer, whether a restaurant patron or an agency client. One has her own hunger to contend with; the other may have demanding deadlines, supervisors, and collaborators behind the scenes. In either case, the customer doesn't care how fussy the details are if the deliverable is substandard, delayed, or otherwise not what they expected — despite the level of effort it took to put out. They only see what’s on their plate.

While you can substantially improve the outcome for your clients through proper planning from the outset — giving a project context, introducing the team and their accomplishments, walking the client through your process, and discussing issues and challenges as they arise — know that in the end, your work will still ultimately need to stand on its own.

Executive chefs are often known for big, blustery egos, but the cook’s mindset is all about respect for the team, committing to a plan, and putting out a product that speaks for itself. Creative and development agencies can adopt these same values and find the smooth rhythm of a busy dinner shift during a complicated project. Project managers, in particular, may find an unlikely ally in a knife-wielding cook, busting through their mise en place and coordinating a close, passionate team under extreme constraints. Both sides would do well to keep their head, communicate well, and focus on how they work as much as on matters of taste.